All right, here’s where I’m grateful and glad that I am a feminist and that feminism exists.

Yesterday, as I was driving home, I was listening to NPR and an article about the Southern Baptist Convention pushing couples to marry while they are young.

Main reason (as I recall):  Now, I was going to paraphrase, but I figured I’d let this gentleman speak for himself:  “The reality is, starting at the age of 12, 13, boys and men, growing up into maturity, are hardwired for something that God gave us a desire for and an outlet for.”  This was spoken by Andrew Walker whom I do not know and have no idea regarding his credentials.

Now, I’m a Christian.  I am proud of who I am and am not ashamed of my beliefs.  I communicate this because this is not intended to be a rant against religion, Christians, or Christianity.

However, (yes, there’s the “comma but” as my friend Kyle likes to say) I am not an outlet.  I have several outlets sitting right next to me and I bear no resemblance to them at all.  And to be compared to an outlet because I happen to have organs that are a bit of a match or a complement to my beloved husband’s (I’m feeling seriously awkward here so I’m going to stop while I’m ahead and keep back to my topic) is really…well…offensive.

I would really hope that God would not see me as an outlet for my husband’s desire.  I would hope that I would be considered to be his partner, his equal.  That’s how Pat sees me or I would have a very long talk with him…and it would involve shoe throwing.

I truly believe (probably because I am the eternal optimist and I always want to see the good in people) that this minister didn’t mean to make the female population (sorry everyone for the stereotype, but I’m going to draw on another stereotype and say that I fully expect that the Southern Baptist Convention was not talking about homosexuals) sound inanimate or less than human or less than men.  I really would expect that they would see us as the equal partners that we are.  And, if not, then these gentlemen will receive the shoe as opposed to my husband. 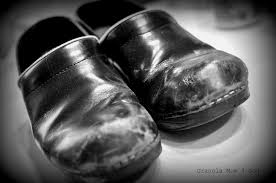 They are really heavy and good for throwing. I know where you are.

The fact is, I really do see where feminism is still needed in this world.  Much like the fact that racism is not dead (the recent video that surfaced of the men singing about how people of different races will never be part of “SAE”), I fully recognize that women have not always been seen as equals to men.  And, for the sake of myself, my daughter, my nieces, and other women, I fully intend on continuing the fight to end oppression.

I read a fascinating young adult novel, Epitaph Road, in which the global male population was nearly decimated by a disease/plague.  SPOILER ALERT:  turned out female scientists had biologically engineered this plague in order to wipe out the majority of the male population as the majority of males were considered to be bellicose aggressors and women would be a safer option as world leaders.

By the time I read this novel (maybe five or so years ago), I was sick of hearing girls say things like “Boys are stupid” or “all boys are dumb.”  My son is male (duh).  He is not stupid.  He is not dumb and I will not allow anyone regardless of gender to say this about my son because he happens to have a Y chromosome which has given him….yeah…can’t go there but I’ll let you infer the rest.

If the Boy had turned around and said that “Girls are stupid” or “all girls are dumb,” I would have jumped down his throat.  I still have grammar textbooks that were published in the 1950’s in which all the generic professionals were male and white (even though this was not directly stated…I’m not an idiot).  I refuse to allow my life to return to this type of status-quo in which I am thrust into cookie-cutter-conformity and expected to plaster a smile on my face and accept that the societal status-quo is my reality.  Hell no!  I like my jeans too much.  I like my rights and privileges too much.  And I really don’t like wearing make-up that much. 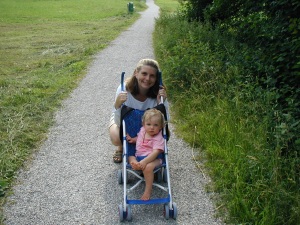 But I still feel, at times, that women have created double standards.  And then, just as I feel confident with this opinion, I wonder if maybe I’m just being over-sensitive and not seeing that the same stereotypes are still being played on the opposite side of the gender spectrum.  I keep on remembering the famous, 1990’s Diet Coke Break commercial.  These female secretaries were running around the office, whispering “Diet Coke break” rather seductively.  They congregate around the windows as a construction man, below them, sheds his sweaty t-shirt, flex his muscles (because the only way to drink a Diet Coke is flexed because being flexed helps you swallow), pops open a Diet Coke, and begins chugging.  The women are practically drooling. In my faulty memory, at least one of them has taken off her glasses and is chewing on the part that tucks behind her ears.

Turn this around, have a woman take off her work shirt and is wearing a tight tank-top while chugging and flexing her muscles.  While she is doing this, a group of men are standing at the windows, staring at her, chewing on their glasses and maybe adjusting their ties.  That commercial would have been yanked immediately because of how the woman was being objectified or being treated as a lower species because she is physically lower than the men and they are all staring at her.  Or she is obviously a metaphor or symbol that women are still just considered working class or are in the lower social class strata because the men are all white-collar workers standing in their offices while she is down below, in the pits, having to remove the symbols of her society so that she might comfortably imbibe a totally different symbol of her society (she has to keep her womanly figure in order to attract the men).

So, yeah.  I do worry about these possible double standards.  At the same time, I know that women around the world are still being oppressed and objectified by the societies in which they live and we should not stand idly by and allow this to continue.  But this should not be done at the expense of men and their sense of dignity and equality. 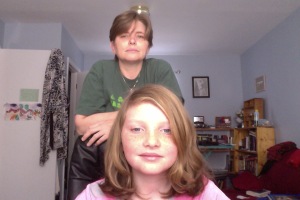 You mess with the Girl, you deal with me. Actually, she’s more terrifying….but still….

Regardless, to bring this back full circle, my dear Mr. Walker, pushing young people to get married so they can lose their virginity in a way that is pleasing to the Lord might not be the best answer or the best suggestion.  I respect your concern that abstinence for young men is “impractical.”  However, you have forgotten the other half of the bedroom.  Essentially, to me, you are suggesting that men need to get married so that they may have a sperm receptacle.  And, if that is the case, please don’t stop at my house.  My daughter’s not for sale.