The Girl is watching The Amazing World of Gumball right now, a show my husband despises and one that I generally ignore and by ignore I mean tolerate.  My husband is convinced that the screaming characters on the show contribute to our son being one of the loudest kids in the cul-de-sac.  I would try to come up with a witty retort to that right now but I can’t concentrate because the characters on the show are screaming right now…..

So, the m-i-l-c walks the mother-character around the house and shows how the m-c is a horrible mother because she is not working to prevent accidents and problems before they could possibly happen.  Although the children-characters are, on average, either well into elementary school or middle school, the m-i-l-c basically wraps everything in bubble wrap or has some form of protection (no, not that type of protection you dirty-minded reader) around any possible dangerous surface that exists in the house.  This does include the stupid-father-character wrapped in a bungee-corded diaper contraption while he is in the shower to prevent him from falling.  Basically, an adult form of the Johnny-Jump-Up.

I’ve sort of written about this before in terms of how I know that I will let my children come close to failing if not allow them to fail if it means that they will learn lessons much earlier in life than I did.

I do not believe in bubble-wrapping my kids to keep out every bruise, hurt, or…even worse….boo-boo.  I believe that falling down and getting hurt is okay and that my children will survive if they have scrapes on their knees, bruises on their shins, and scrapes on their elbows.  I do not freak out if my kids do not wear helmets when they ride their bikes and I have yet to go screaming to the cell phone store to buy my kids the best and latest cell phone because, sometimes, they spend time at home by themselves.

I believe in protecting my children.  You will observe that I have never revealed their names.  I have disguised where we live.  I try to keep a sense of practicality.

But I refuse to believe that the world in which we live is a horrible place.  I believe that the world in which we live has always been “this bad.”  Look at history.  Let’s face it, two thousand years ago, the main form of entertainment in the Roman Empire was watching gladiators fight to the death.  We have removed the death sequences and replaced them with….boxing?  Professional wrestling?  The Walking Dead?  Sure, I am making a bit of a false analogy in that I am comparing two men brutally fighting one another to the point in which one will die to staged fighting or a fight that is carefully monitored to prevent death.

Regardless, I think we have actually progressed quite a bit. 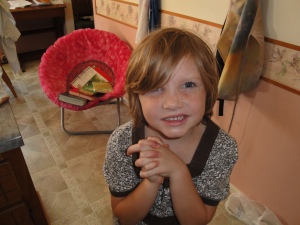 Now, true, around the world, not all countries will have the same perspective.  I know of plenty of countries and cultures which will still practice some form of barbaric mutilation upon specific groups of people because of…tradition?  Societal norms?

However, those societal norms do not exist in my cul-de-sac.

I grew up on an Army base in which my boundaries were determined by my ability to hear a bell and respond within seconds to the bell.  Maybe because we were on a base that my mother had a false sense of security and felt that I was far safer than living in Northern Virginia suburbs shortly after Adam Walsh had been kidnapped.  However, on that military base, I experienced my first rounds of bomb threats, saw my mother looking for my body when she was told that my elementary school had been bombed, watched a man flash a woman (and likely play with himself), and read my first cuss-words and learn about Nazi-ism because of the graffiti on my elementary school walls.

I will never say that my mother was a “bad mother.”  She is my best friend.  Her voice is one that I want to hear daily, if not several times a day.  Sure, she might have been a bit naive.  However, show me a mother and I will show you a woman who has her own capacity towards being a bit naive.

But I don’t always feel like a good mother because I am not constantly walking in my kids’ shadows and worshipping every nugget that they drop.  In a way, I commiserate a little with Edna Pontillier of The Awakening.  I will not start having affairs nor will I basically dump my kids on the first available person because I need to have my me-time.

At the same time, the boys are going camping this weekend and the Girl and I will be home.  I’ve spent nine days with her feet all over me.  I have told her, firmly, that we will not be having a “sleepover” this weekend.  I have every intention of us having a Once Upon a Time marathon.  But I look forward to sleeping in the middle of my bed, alone.

I want to be a good mother.  I think I am a good mother.  But if you are looking for the bubble-wrap, I already popped it.  In fact, the kids and I danced on it because the popping sounds are so much better that way.